Early in June, there was an attempt on the life of Gen Katumba Wamala, the minister of Works, in Kisaasi, a Kampala suburb.
The would-be assassins riding on two motorcycles sprayed the General’s car with 56 bullets, killing his daughter and driver instantly.

A month later, former Deputy Inspector General of Police, Lt Gen Paul Lokech, announced that they had arrested the suspects behind the attack. Today, we look back at how the colonial police swiftly investigated and netted assassins.

Katikkiro killed
On the morning of September 5, 1945, the Katikkiro (prime minister) of Buganda, Martin Luther Nsibirwa, was gunned down as he walked out of church service about 7am.

Nsibirwa was a devoted Anglican and every morning he attended church service at Namirembe Cathedral before going to office at Mengo.
Nsibirwa fell dead and the shooter dropped his gun at a nearby garden of flowers before fleeing.

On September 6, less than 24 hours after the murder, George William Senkatuka, the assassin, was arrested at his home in Mengo by detectives from Kampala Central Police Station.

While Senkatuka denied any involvement in the murder of Nsibirwa, there was incrementing evidence against him and several eye witnesses to pin him.
Senkatuka was an ex-serviceman in the King’s African Rifles (KARs) and was a veteran of the Second World War.

Witnesses, including those he wanted to involve in the mission, implicated Senkatuka. Police detectives also established that the gun Senkatuka used was hired from Kabaka Edward Muteesa’s palace in Mengo.

Nsibirwa was assassinated for supporting government in acquiring land in Buganda Kingdom to expand Makerere College into a university college affiliated to the University of London in the UK.

After months of hearing the case, Senkatuka was convicted for murder by the High Court in Kampala and sentenced to hang. But he appealed against the ruling at the East African Court of Appeal Dar es Salaam, Tanzania, which stayed the judgment and dismissed his appeal.
In 1946 Senkatuka was executed by hanging at the Maximum Security Prison, Luzira.

MP killed
On July 20, 1966, Zakaria Babukika, the Member of Parliament for South Kigezi, was murdered in Seeta near Namanve in Kyaggwe County, now Mukono District.

Babukika was battered then strangled by his murderers, according to police report published by the Uganda Argus of July 23, 1966, and motive was named as crime of passion.

The name of Babukika’s girlfriend, whom he had gone to meet that night, was not mentioned for her safety. Babukika did not use his car, but had hired a chauffeur from Kampala.

Babukika’s battered body was discovered on the morning of July 21, 1966, by passers-by on the Kampala-Jinja Highway, about 11 miles from Kampala. By midday that day, police had arrested seven suspects. The seven were all residents of the same village.

On July 29, 1966, Abiero and Mukote pleaded guilty and were sentenced to hang. Five others, including Kiingi, Wasswa, Lubega, Kijana and the 14-year-old boy were set free by the High Court in Kampala. 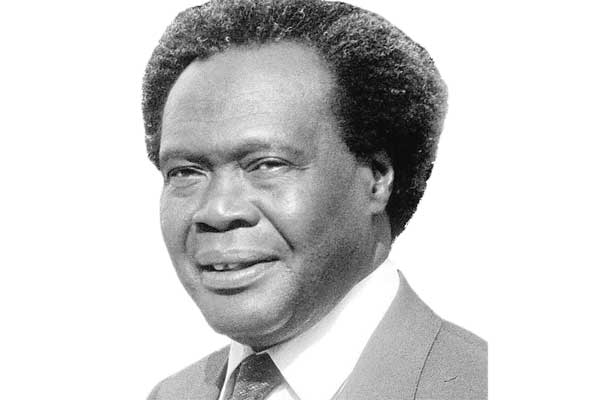 Attempt on Obote’s life
On December 19, 1969, there was attempt on President Milton Obote’s life in Kampala. In less than 24 hours, the would-be assassin and his five accomplices were apprehended by police detectives.

Obote had just closed the annual delegates’ conference of his Uganda Peoples Congress (UPC) party at the Lugogo Indoor Stadium in Kampala at about 10pm when Mohamed Sebaduka, made an attempt on his life.

Standing behind a cypress tree on the Lugogo bypass, about four feet from the president, Sebaduka pulled the trigger, but the bullet hit Obote’s mouth and broke at least two teeth before exiting through his neck.

Luckily for Obote, the would-be assassin’s Czechoslovakian made pistol jammed. Sebaduka dropped it and hurled a Chinese-made hand grenade at Obote. Miraculously, it also failed to explode.
Sebaduka was an ex-Uganda army (UA) officer who was among those dismissed after the 1966 Buganda Crisis. Upon leaving the army, Sebaduka became a taxi driver in Kampala.

After the grenade failed to explode, Sebaduka tried to run away, but someone grabbed him. During the fracas, one of Obote’s bodyguards shot at Sebaduka and injured him.
In the stampede that ensued, Sebaduka escaped and reached his Angelia a get-away car that was parked nearby. The Anglia was stolen.

Sebaduka and his accomplice Yowana Wamala drove to Natete on Masaka Road where they burnt the car to destroy evidence.
But police detectives led by director of CID Mohamed Hassan, a Pakistani, were able to connect the dots and arrested six suspects.
Sebaduka and Wamala were sentenced to life in prison by High Court in Kampala, while four others were set free.

MP killed
On July 20, 1966, Zakaria Babukika, the Member of Parliament for South Kigezi, was murdered in Seeta near Namanve in Kyaggwe County, now Mukono District.

Babukika was battered then strangled by his murderers, according to police report published by the Uganda Argus of July 23, 1966, and motive was named as crime of passion.

The name of Babukika’s girlfriend, whom he had gone to meet that night, was not mentioned for her safety. Babukika did not use his car, but had hired a chauffeur from Kampala.

Whereas the CAA Board had blocked execution of the project, saying it was not a priority, the management went ahead to execute it