A joint security operation between police and UPDF in Kapchorwa District on Wednesday ended with the death of a 16-year-old boy and the arrest of his father who is accused of deserting the army.

Kapchekweko’s 15-year-old son was also injured in the shootout.

Security operatives had on Wednesday gone to arrest Kapchekweko who is accused of deserting from the UPDF with a gun.

The Elgon region UPDF Spokesperson, Mr Jude Wandera said Mr Kapchekweko who was at his home at the time of the security raid opened gunfire at the UPDF and police officers prompting the officers to shoot back.

"The suspect is helping us in the investigations as we hunt for more suspects. We have arrested the prime suspect who deserted from the army with a gun and we have been looking for him,"Mr Chesang told this reporter. 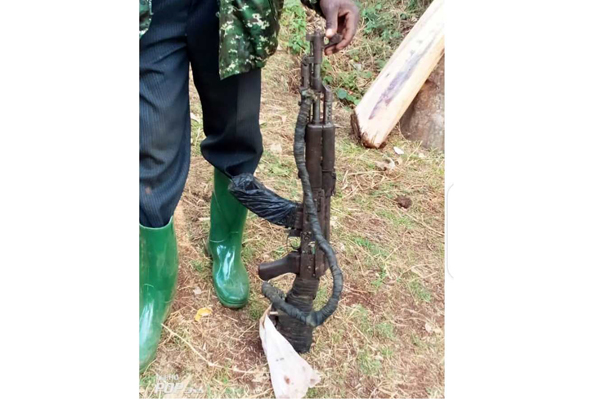 He said the boy was injured in the shootout but died as relatives rushed him to Kapchorwa Hospital for treatment.

"The suspect was shot in the leg during the scuffle. A bullet caught his son in the stomach but he died on the way to hospital,” he said.