Several journalists have been admitted to hospital with serious injuries they sustained when military police on Wednesday assaulted them while covering National Unity Platform (NUP) president, Robert Kyagulanyi who was delivering his petition to United Nations Human Rights Council (UNHRC) offices in Kololo, Kampala. 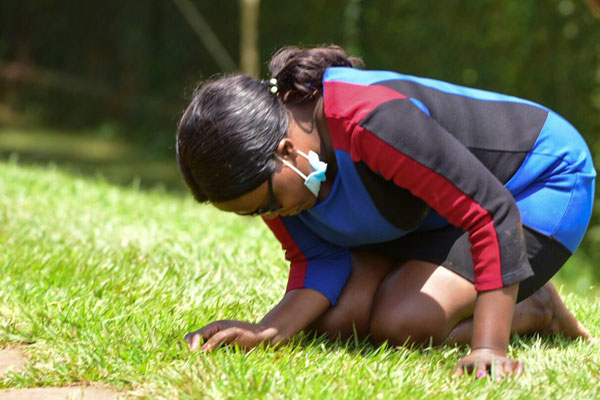 Some of the journalists assaulted by security operatives on Wednesday include Geoffrey Twesigye of NTV, Irene Abalo of Daily Monitor, Shamim Nabakooza of Record TV, John Cliff Wamala of NTV and Timothy Murungi of New Vision,  among others.

Others are Rashida Nakaayi of Galaxy FM, Josephine Namakumbi of NBS, Henry Sekanjako of New Vision, Joseph Sabiti of NBS and Thomas Kitimbo of NBS TV.

Armed forces deployed heavily along roads leading to Kololo and blocked everyone except Mr Kyagulanyi and two other NUP officials who were allowed to proceed to UNHRC offices before a military officer ordered soldiers to beat up journalists.

Some journalists sustained head injuries as a result of the beating while Abalo says she was followed by soldiers to the NTV car where she had sought refuge and beaten before she injured her leg.

"So, @GovUganda @PoliceUg @OkothOchola1 are these beatings on journalists the solution to kidnaps or humanrights violations? Myself, @NamakumbiJ @JCWamala @thomas_kitimbo have beaten by the military as we covered @HEBobiwine take a petition to @UNinUganda," Ms Nabakooza tweeted.

Mr Nicholas Bamulanzeki of the Observer newspaper said his camera was damaged as security operatives dispersed them.

Journalists display injuries they sustained after security operatives attacked them while covering Bobi Wine on February 17, 2021

Mr Kyagulnayi had been joined by relatives of several missing persons, who have been abducted by security operatives during and after the just concluded elections, to present a petition to the UN Human Rights offices.

This is not the first time security operatives are targeting journalists covering opposition events. In the run-up to the January 14, 2021 presidential poll, several journalists on the campaign trails of Bobi Wine and FDC’s Patrick Amuriat were targeted by security leaving several injured.

On December 11, in the northern district of Lira, security personnel used batons and the butts of their guns to assault a group of at least six journalists covering the campaign of Mr Kyagulanyi.

A police officer fired a projectile that hit Kasirye Saif-Ilah Ashraf, a reporter for Ghetto Media, in the head. Kasirye is yet to be discharged from hospital.

On January 1, in the northern Nebbi district, a security operatives confronted ChimpReports news website reporter and photographer Dedan Kimathi, who was on the campaign trail of Mr Amuriat, and tried to take his camera from him. 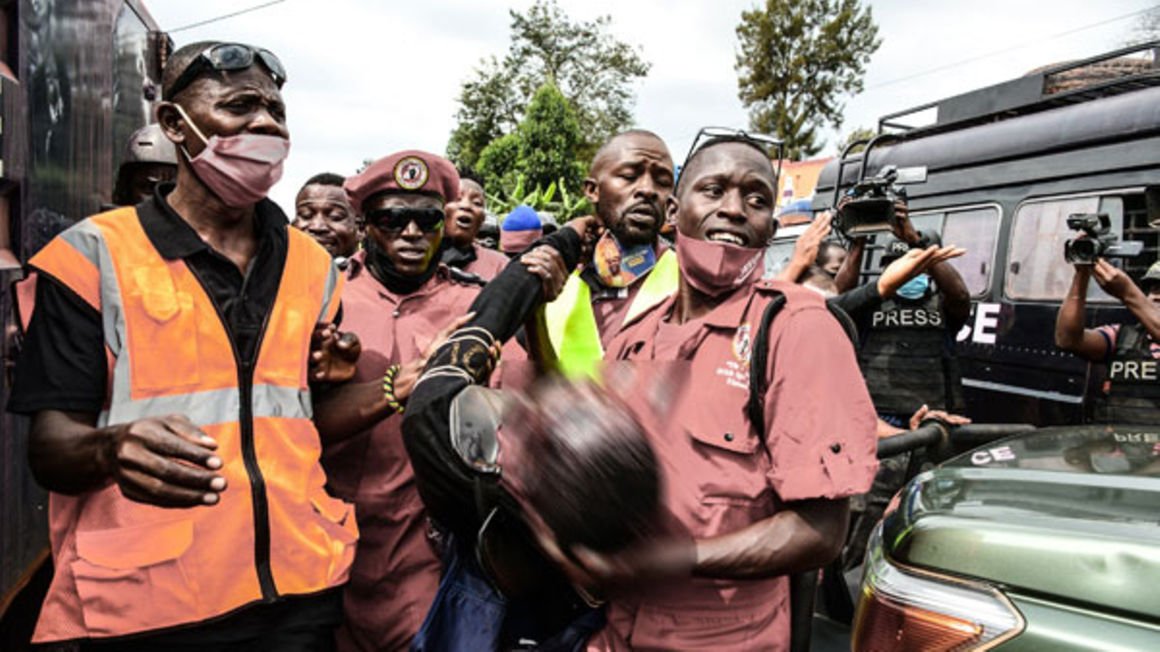 Mr Saif-llah Ashraf Kasirye, a Radio One journalist and an online Ghetto TV cameraman, is carried to hospital after he was allegedly shot in Masaka on December 27. PHOTO | DAVID LUBOWA

In a statement on December 27, Enanga said that “journalists were regrettably caught up” in a confrontation with supporters of Bobi Wine in Masaka, and said that the police Media Crimes Unit had opened investigations into the incident. He said that police “pledge better protection cover” to journalists covering campaigns.

However, days later, there was outrage on social media after the Inspector General of Police Martin Okoth Ochola told a press briefing that security operatives beat up journalists "for their own sake."