Rwanda reportedly wiretapped conversations of top Ugandan officials, according to revelations in the global reporting investigations, the Pegasus Project, published by the Organised Crime and Corruption Reporting Project (OCCRP).

Rwanda has had frosty relations with both countries, with the Uganda diplomatic fall-out culminating in the 2019 closer of the busiest Katuna/Gatuna border point to-date.
“Among the Ugandans on the [wiretapping] list, OCCRP has identified numbers belonging to long-time senior Cabinet member Sam Kutesa, former [Chief of Defence] Forces General David Muhoozi, senior intelligence officer Joseph Ocwet and leading opposition figure Fred Nyanzi Ssentamu. The selection [of the telephone numbers for tapping] coincided with a visit by Kagame to Uganda,” the investigative organisation wrote.

For publicly unstated reasons, President Museveni last year tapped Adonia Ayebare, who served as Uganda’s ambassador to Rwanda before taking over the post of Uganda’s permanent representative to the United Nations in New York, to lead the shuttle diplomacy to thaw the icy Kampala-Kigali diplomatic relations.
The President, who is also the commander-in-chief, dropped Gen Muhoozi and instead assigned him as State Minister for Internal Affairs, while both PM Rugunda and Mr Kutesa were fired.

Mr Ssentamu on the hand is the brother of former presidential candidate Robert Kyagulanyi, alias Bobi Wine, whom the Ugandan government alleged was being bankrolled by an unnamed neighbouring country.
Also targeted for hacking by Rwanda, according to the report, is Ugandan veteran journalist Andrew Mwenda, the founder and chief executive officer of the Independent Magazine, a friend to both President Museveni and his counterpart Paul Kagame.

The hacking, according to OCCRP, coincided with Rwandan President Paul Kagame’s visit to Uganda, likely the February 21, 2020 trip for the fourth Quadripartite Heads of State Summit at Katuna border for the normalisation of relations between Uganda-Rwanda relations. The meeting was also attended by Angola’s Joao Laurenco, the mediator, and his Democratic Republic of Congo counterpart Felix Tshisekedi.

That was President Kagame’s last visit which happened more than a year after Rwanda closed its busiest Katuna/Gatuna border with Uganda initially over construction upgrade before Kigali cited arrest and torture of Rwandan citizens by Uganda’s security and spy agencies.
Rwanda’s minister of Foreign Affairs and International Cooperation, Mr Vincent Biruta, did not answer our repeated telephone calls yesterday seeking his government’s response to the revelations. However, he told OCCRP that the assertions of potential targeting of activists, politicians, lawyers, and others are “false accusations.”

READ: Pegasus spyware: How does it work?

When Pegasus is implanted on a device, it effectively gives an attacker complete access to the target’s phone. It can read messages and passwords, access social media, use GPS to locate the target, listen to the target’s conversations, and even record them. End-to-end encryption, available through popular apps like Signal, does not protect against Pegasus once the phone is compromised, OCCRP reported. 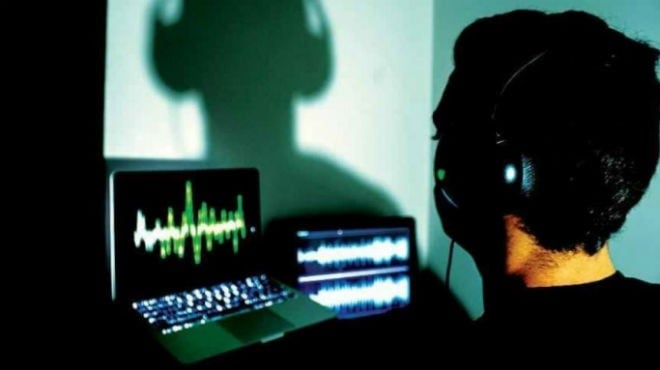 All of this can happen without a user even touching their mobile phone handset or knowing that they have received a mysterious message from an unfamiliar person.
OCCRP further reported that the targeting of senior Ugandan government mobile phones was part of Kigali’s wider hacking of high-ranking government and intelligence officials in Burundi, and DRC.

Gen Muhoozi, Dr Rugunda, and Mr Ocwet were not readily available for comment on the matter yesterday.
Mr Nyanzi wondered why he would be of interest to intelligence services of a neighbouring country. “Maybe they were trying to find out what I talk with Mr Kyagulanyi, but I am not bothered because the things we say on phone are the same things we speak at rallies and when am hosted on political talk shows; our message is similar, political change.”

Mr Mwenda yesterday by telephone said: “I didn’t know I was being wiretapped by Rwanda, but if they did, I would not be surprised; in fact, the [Rwandan] security and intelligence officers would be doing  good. [Nevertheless], I will take precautions, but I don’t think I can have the capacity to protect my phone [from state hacking].”

Pegasus software manufactured by Israeli firm, NSO Group, is mainly purchased by authoritarian regimes, officially to fight crimes such as terrorism although many of states end up targeting political foes, influential journalists, academics and lawyers.
The exposé by OCCRP was a global investigation dubbed “the Pegasus Project” involving 16 news organisations in Europe, Asia and America, Paris-based journalism non-profit, Forbidden Stories, and Amnesty International.
Forbidden Stories and Amnesty International had access to a leak of more than 50,000 records of phone numbers that NSO clients selected for surveillance.

The Washington Post reported on Monday that the numbers on the list were unattributed, but reporters were able to identify more than 1,000 people spanning more than 50 countries through research and interviews on four continents: several Arab royal family members, at least 65 business executives, 85 human rights activists, 189 journalists, and more than 600 politicians and government officials.
The latter included cabinet ministers, diplomats, and military and security officers, as well as several heads of state and prime ministers. The purpose of the list could not be conclusively determined.

NSO, whose founders are former members of Israel’s intelligence elite Unit 8200, which conducts electronic surveillance, in response, called the exposé, an “international conspiracy.” The company said it only licenses its products to countries that use them for lawful surveillance purposes, among them, suspected terrorists, drug dealers and other criminals.

According to the Washington Post, the company has earned a reputation among national security experts around the world as a best-in-class manufacturer of surveillance technology capable of secretly gathering information from a target’s phone.
“The information NSO products can mine is the same, though, that the world’s intelligence agencies gather from their targets,” the paper reported.

About the software
Pegasus software manufactured by Israeli firm, NSO Group, is mainly purchased by authoritarian regimes, officially to fight crimes such as terrorism although many of states end up targeting political foes, influential journalists, academics and lawyers.