Mr Eyobu left his seat to contest as city councillor for Soroti City West but he lost.
Mr Emaru said the first thing he intends to do is to extend pipe water to the areas which were annexed to form Soroti City.

NRM candidate Richard Muhumuza was declared winner of Fort Portal Tourism City Central Division mayorship with 6,990 votes.
He was followed by Mr Joram Bitamanya (FDC), who polled 3,869 votes, Mr Herbert Mugisa (Ind), coming in the third place with 2,193 votes, followed by Mr Gilbert Kayondo (Ind) with 1,010 votes, Mr Davis Rwamuhumbu (NUP) with 253 and Mr Yasin Abdallah (Ind) with 132 votes.
Mr Muhumuza has been the chairman of former West Division in Fort Portal Municipality before it was elevated to a city.

In Hoima West, Mr Robert Kyomuhendo Ruhigwa (NRM), won the seat by polling 6,115 votes, defeating eight others, including Mr Fred Kabagyo (Ind), who polled 3,100 votes.
In Kasese Municipality, the Forum for Democratic Change (FDC) party, for the first time, took the mayoral seat since Kasese Town was elevated to municipality status in 2010.
FDC’s Chance Kahindo polled 11,572 votes, defeating the incumbent, Mr Kabyanga Baluku (NRM), who polled 10,937.
Mr Kabyanga has been in the seat since 2011. Others in the race were Mr Samuel Ahebwa (NUP), who polled 243 votes, and Johnson Mutungwanda (Ind), who managed only 99 votes.

In 2011, Mr Muhumuza defeated then incumbent, Capt Tom Butime and later in 2016, he was also defeated by Mr Akugizibwe.
After his declaration as a winner, Mr Muhumuza promised to start from where he stopped in 2016 when he was an MP, saying he will lobby for his people to ensure they have access to safe and clean water and better roads. 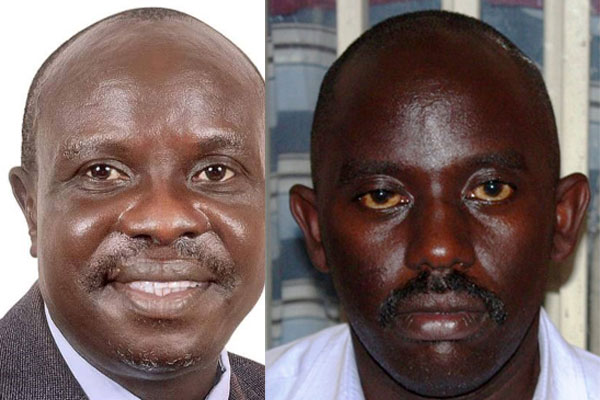 Mr Makuru has been mayor since 2011 when Rukungiri Town Council was elevated to a municipality. He had been chairperson Rukungiri Town Council since 1986.
Meanwhile, in Soroti City, FDC has beaten off competition from NRM rivals to clinch the two Soroti City Division mayoral seats.
The two division seats pitted mostly FDC against NRM candidates.
However, by stroke of midnight on Monday, the returning officer for Soroti City, Charles Egimu, had declared FDC candidates as the winners for both mayoral seats in the city.

Mr Paul Omer, the incumbent, was declared winner of Soroti City East mayoral seat after garnering 5,158 votes against his closest rival Abdul Latiff (NRM)’s 4,582 votes.
Mr Omer was in 2016 elected as Soroti Municipality mayor, but when Soroti was elevated to city status last year, he instead opted to contest as a division mayor after failing to have his academic papers certified, something he says was orchestrated by his political nemeses, who he claims wanted him out of Soroti Town politics.

On being announced winner yesterday morning at Soroti City electoral commission offices, Mr Omer said the victory is a clear reflection of the people’s trust for the good works he has done in his one term as Soroti Municipality Mayor.
Mr Latiff had taken to the streets in the early hours of Monday evening celebrating victory from six polling stations, including Otatai, Acetegwen and Opuyo.
But the celebratory mood melted away as results from Soroti Town and neighbouring suburbs put Mr Omer in commanding lead.

SOROTI WEST
In Soroti City West, which had more than seven candidates, Mr Peter Patrick Emaru (FDC), was also declared winner with 2,326 votes against his closest rival Denis Omaria (NRM), who managed to garner 2,072 votes.
Mr Emaru served as LC3 chairperson for Western Division from 2011 to 2016 before he was thrown out by Mr Samuel Eyobu during the 2016 elections.