At least 20 Makerere University students were arrested on Tuesday during their protest against 15 percent cumulative tuition increment.
The students were intercepted by the military and riot police as they attempted to march to the president’s office to petition Mr Museveni to scrap the policy that was reportedly approved by the university council last year. 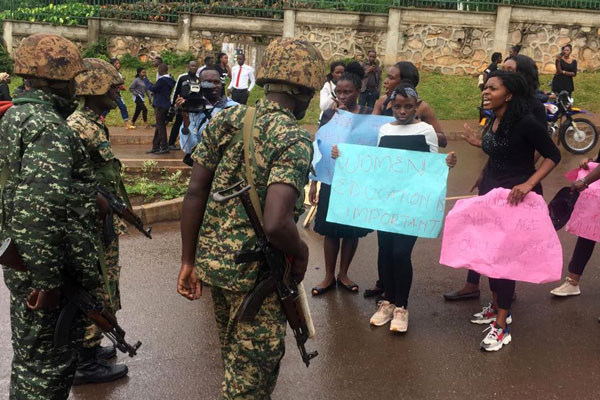 The students said the policy which will see them pay additional 75 percent of their tuition in five years’ time was unfair as some of them have already been forced into “selling their bodies” in order to meet fees obligations at the university.

“This university is for poor students. Those who increased the tuition have their children studying outside this country. Some of us are here selling our bodies to get tuition. Mr President we are your Bazukkulu. Please halt this policy and relieve us from selling our bodies," the students’ vice guild president, Ms Judith Nalukwago said