Government will have to purchase over 137,000 television sets if they are to facilitate distance learning as proposed by President Museveni.
In his televised address on Monday, Mr Museveni postponed the partial reopening of schools for another one month but said “children must continue studying under the distance learning programme” on televisions and radios.
“Distance learning must be done. The only thing that is being discussed now is how,” said Mr Museveni.

He made a number of proposals to facilitate the programme, among them; provision of two television sets to each village and a radio set to each home.
“Radios are simpler, you can give each house its radio, but the problem with a radio is that you hear but you don’t see, with TV it’s like you are in a classroom, you hear and see,” added Mr Museveni.
According to statistics from the electoral commission, Uganda has a total of 68,733 villages.

Mr Museveni says much as there are fears that the TV sets could bring about congregation, thereby undermining social distancing of the children, he is optimistic that it is easy to identify any child who has the virus since they are from one village.

Museveni: Stay home if you don't have the right mask 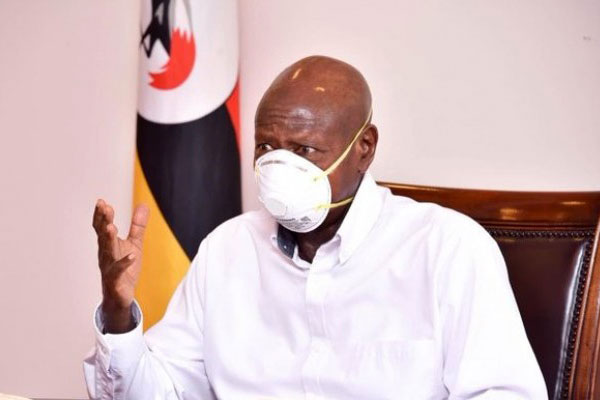 According to the president, malls will open but arcades will remain closed since they cannot observe social distancing

“Children from the same village, if they have sickness it would have already shown up,” added Mr Museveni.

The president also said government would have a "special arrangement" for candidates in the 40 districts bordering Uganda where lockdown is yet to be relaxed.
The 2014 census showed that only one million homesteads had television sets while 3.4 million homes had radio sets.