The former State minister for Defence under Milton Obote II government, Peter Iloot Otai, is set to be buried on Saturday in Soroti District.

Otai died early this month in London, United Kingdom, after slipping into coma for two weeks. He has been staying in London ever since he fled the country when the current government took power from Tito Okello.

The plane carrying the remains of Otai landed yesterday at Entebbe International Airport at 2pm and the casket was received by State Minister for Relief and Disaster Preparedness Musa Ecweru, relatives and UPC officials led by the party president, Mr Jimmy Akena.

Mr Ecweru said the government will accord an official burial to Otai because he was a great leader during the Obote II regime. 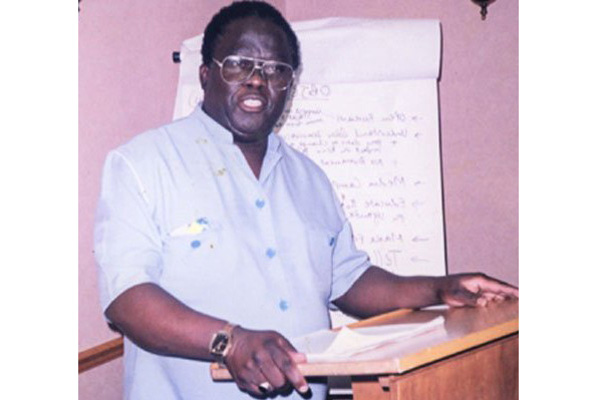 In May 2019, it was reported the President Museveni had granted the ex-Obote II minister chance to return home

“Since he was a state minister for Defence, he tried to protect the country from bloodshed. That is why he decided to go to exile instead of fighting the incoming government,” he said.

Mr Baliraine added that Otai and all leaders in the UPC government worked for the good of the country and not their personal interests.

“Otai was a good mobiliser and a leader who wanted unity without bloodshed during his leadership in UPC,” he said.

Mr Baliraine also commended the government for bringing back Otai’s remains.
Otai was born on May 8, 1940 to late Titus lloot and Bessi Asano from Oderia Village, Soroti District. He went to Ngora Boys Primary School and Ngora High school for junior secondary certificate.

Otai went to Busoga College, Mwiri and Kings College Budo for A-level. He then got a scholarship to study at Reading University in the United Kingdom.

He served as Uganda’s Ambassador to Ethiopia from 1979 to 1981 as well as Minister of State for Defence under Dr Milton Obote II government from 1981 to 1985.