Last week two hand grenades were hurled and exploded at Rubaga North MP Moses Kasibante just an hour after being returned home by police that had detained him at Kibuli after an arrest from parliament over the age limit fracas.

KAMPALA
Police are investigating circumstances under which the homes of two Opposition Members of Parliament were attacked with suspected grenades in the wee hours of Tuesday morning just days after another Opposition MP survived a similar incident.

“We have received information of explosions at the homes of Mr Allan Ssewanya (who represents Makindye West) in parliament and Robert Kyagulanyi (of Kyaddondo East). Our teams have started investigating the said incidents,” police spokesperson Mr Asan Kasingye told this reporter on Tuesday morning.
The explosion at Mr Ssewanyana’s Makindye residence, a suburb south of the capital Kampala occurred at 1.20am.
“People have thrown a grenade at my home. I need rescue,” Mr. Ssewanya said in a Facebook post.

“Grenades have for the second time in two days been thrown at my house and exploded. Property damaged and no one hurt! But what kind of country are we now living in?” Mr Kyagulanyi asked in a Facebook post.
Mr Kyagulanyi further noted that he has been receiving death threats on an almost daily basis.

The Deputy Attorney General, Mr Mwesigwa Rukutana who accompanied the president said he had received copies of sectarian audio recordings that were being played on some radio station from a delegation from Bunyoro

Age limit: How many are willing to die with Kadaga? 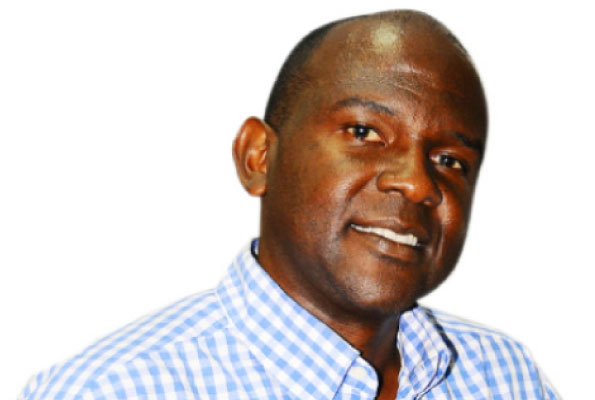 If only 100,000 people who believe that leaders like Kadaga should stand up to Museveni, peacefully marched on Parliament in solidarity, Article 102(b) would probably not be amended

“I have also been advised by some friends who know more than I know that I should be very careful what I eat or drink, how I drive and from where, whom I meet, even who touches me while I go to Parliament. Apparently something could be done to me during the kind of scuffle that happened when state agents invaded the Parliamentary chamber! Reason? Opposing the removal of age limits in the Constitution! Anonymous calls targeting not only me but my family as well. I have been told that 'if I don't leave that thing a lone, I will just be terminated or disabled,” Mr Kyagulanyi added.

However, Mr Kasingye described Kyagulanyi’s statements as ‘too many a word’ based on no facts.
“What they believe is not what is actually true. We are investigating,” Mr Kasingye said.

Mr Kasingye asked the public not to tamper with the scene of crime so that police officers undertake a smooth investigation that will lead to unearthing the root cause.

“You don’t have to chase people who come to investigate. If there is an explosion, not any officer can investigate. It can only be investigated by trained officers and bomb experts,” Kasingye said.
Last week two hand grenades were hurled and exploded at Rubaga North MP Moses Kasibante just an hour after being returned home by police that had detained him at Kibuli after an arrest from parliament over the age limit fracas.

Twenty four opposition MPs were arrested on the orders of Inspector General of Police, Gen Kale Kayihura. They were all charged with a wide range of crime including assault, malicious damage, disobeying lawful orders, inciting violence among others.
Their police bonds were cancelled on Monday and seventeen of them have warrant of arrests on their heads.