KAMPALA. Police have launched the hunt for suspected criminals that had kidnapped NTV’s journalist Gertrude Tumusiime Uwitware on Saturday.
Ms Uwitware who was reportedly found dumped in the areas of Kira Division late in the night, said she was abducted, blind-folded by two people; a woman and a pistol-wielding man before being driven to a secret location where she was interrogated for hours.

According to the NTV’s management, Ms Uwitware was picked up by unknown people driving a saloon car along the Nile Avenue on her way from having lunch.
Kampala Metropolitan police spokesperson condemned and described Ms Uwitware’s kidnap as an act of cowardice.
“We thank all concerned and ask them to calm and promise to investigate these matters and bring the culprits to book,” Mr Kayima said in a statement.

The motive of the abduction is not yet known but it came on the heels of death threats the reporter received after she posted on social media defending regime critic and Makerere university research fellow Dr Stella Nyanzi. Dr Nyanzi was 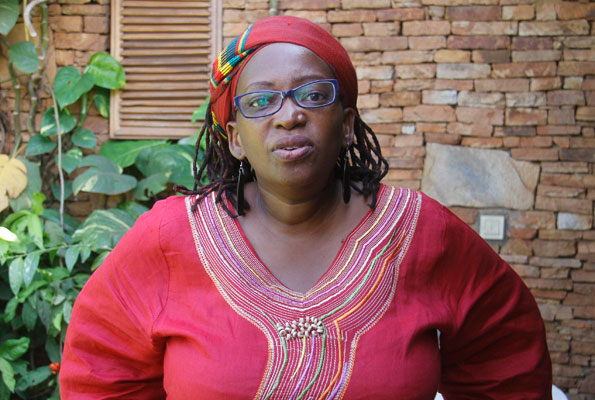 KAMPALA- Police have  confirmed the arrest of Makerere University research fellow Dr Stella Nyanzi, who was picked from Mackinnon Suites Hotel in Nakasero where she was hosting a fundraising drive to raise money for sanitary pads for school girls.

Mr Kayima who did not specify where the academician was being held said she had been arrested over two counts of cyber harassment contrary to Section 24 of the Computer Misuse Act of 2011 and Offensive Communication Section 25 of the same law.

“She is in our police facilities, period. Ask no more questions please. You have it all,” Mr Kayima said.

A source said Dr Nyanzi was picked by plain clothed security operatives who were waiting for her outside the hotel at about 8:30 pm

Some sources indicated that Dr Nyanzi was whisked to Jinja Road Police Station something Mr Kayima could not deny nor confirm.

“I have told you she in our cells and I think that is all you wanted,” Mr Kayima said.

In her various posts on her Facebook page, Dr Nyanzi attacked Ms Museveni, using vulgar language for urging parents not to transport children on commuter motorbikes to school.

She also accused the First Lady of defending the government that it not have money to provide free sanitary towels for schools girls; a promise that was made by her husband President Yoweri Museveni during the 2016 presidential campaigns.

Last week, Ms Museveni in an interview with NTV said she had forgiven her since she was not aware of the source of her anger.

Barely a day after the First Lady’s public expression of forgiveness, Dr Nyanzi again took to social media and used sexual metaphors to reject the clemency.

Mr Kayima could not reveal who Dr Nyanzi’s complainant was given the fact that her person she has been attacking had forgiven her.

He, however, said the researcher was arrested over earlier charges when she was summoned at the Directorate of Criminal Investigations Department headquarters in Kibuli last month. 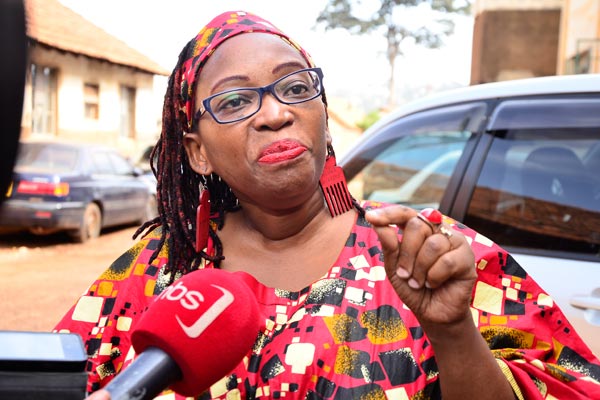 over two counts of cyber harassment contrary to Section 24 of the Computer Misuse Act of 2011 and Offensive Communication Section 25 of the same law.
Ms Uwitware had earlier reported a case of threatening violence at Central Police station (CPS) Kampala.