Lira. The hereafter, more so meeting the Creator on Judgement Day, is without a doubt a spine-chilling thought.
This was the terror-provoking imagination that tormented a former Public Service officer who saved more than Shs200 million to bribe the Almighty Father on Judgement Day so He could forgive his earthly sins.
Charles Obong, 52, who worked as a senior personnel officer in the ministry of Public Service from 2006 to 2016, reportedly wanted to use the cash to redeem his soul before God.
Obong died on December 17, 2016, after a long illness and was buried at his ancestral home at Adag-ani village, Bar-pii parish, Aromo Sub-county in Lira District, on Christmas Eve.
Obong was buried in a metallic coffin estimated to have cost Shs20m.
The Aromo Sub-county chairman, Mr David Elic, said his brother-in-law had left behind a Will, dictating that upon his death, his wife Ms Margaret Obong should deposit huge sums of money in his coffin.
He planned to convey the money to God as an offertory so that the Almighty Father could forgive his sins and save him from hellfire.
He reportedly also instructed his brother Justin Ngole and sister Hellen Aber to bear witness to ensure his wife follows his testament to the letter and secure the money in his coffin.
But relatives and local leaders who attended the deceased’s sendoff said the Will was mute on the sins Obong wanted to make amends for as he served in public office, including at the Public Service ministry.
Public service has been 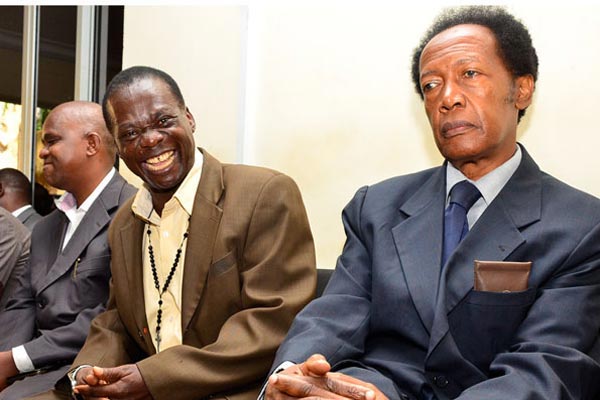 The judge said the fraud to steal the Shs88.2 billion was hatched in the public service

which cost government about Shs257 billion. The money was stolen by senior government officials.
But Mr Obong’s Will was violated as his body was exhumed last Saturday and the money withdrawn from the grave and his would-be planned penitence before God frustrated.
Somehow, Mr Obong’s clan members of Okii me Okabo, got wind of the planned heavenly restitution and forced his wife to reveal everything during a heated meeting at the home of the deceased’s father, Mr Meceli Ogwal, last Saturday.
Obong’s wife reportedly confessed that her husband had told her to bury him with huge sums of cash, which he would carry to heaven to offer God on Judgement Day. Ms Obong, however, declined to reveal the sums of money her husband asked he be buried along with.
Ms Obong further stunned clan elders when she said her husband had also instructed her to ensure Mr Ngole, her brother-in-law, and Ms Aber, her sister-in-law, should witness her placing the money in the coffin.
The witnesses (Mr Ngole and Ms Aber) also confessed that their brother was buried with countless sums of money.
The widow, who had hired funeral services from Kampala to open up the grave to put in more money, revealed she had in her possession another Shs180 million which she intended to stash in the coffin.
During the Saturday’s meeting, the Okii of Okabo clan chief, Mr Mike Gulu, ordered the exhumation of the body forthwith.
And when the clan members started exhuming the deceased’s body, Ms Obong refused to hand over the Shs180 million top-up and reportedly sped off in her car towards Lira Town.

Shs6b oil bonanza: The inside story 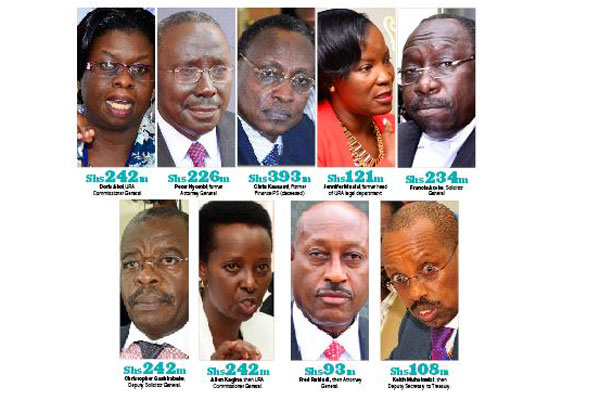 The decisive arrangement to reward 42 government officials with Shs6b was hatched during a May 17, 2015 meeting between President Museveni and Ms Doris Akol,

Witnesses
Mr Elic, who witnessed the exhumation of his brother-in-law’s body, confirmed that when the coffin was opened, US$ 5,700, in the denomination of 100 notes, was found in the coffin. The money was removed and was being kept with the Okii of Okabo clan leader.

“The funeral service van also left hurriedly with the grave construction material when the situation became very tense,” Mr Elic added.
The area LC3 councillor, Richard Ecel, confirmed the exhumation. “I witnessed everything because I was invited there officially. When the clan elders ordered the exhumation, the widow resisted but was overpowered and eventually the body was exhumed and the money recovered from the coffin.”
Mr Jimmy Maxwell Auci, the chairperson of Adag-ani village, said the body was exhumed after the widow revealed she had placed some money in the coffin used to bury her late husband.
The body was reburied on Saturday evening and grave reconstructed on Sunday.

According to Mr Gulu, burying a person with money is a taboo among the Langi.
When contacted, Mr Ngole said his elder brother told him that he had left behind more than Shs6 billion.
“He did not tell me where the money was kept, but his wife had told me on phone prior to Saturday’s incident that she would bring again more Shs300 million to add in the coffin so that my brother could also enjoy,” Mr Ngole told Daily Monitor on phone on Sunday.

“When she was placing the first batch of money, the woman called me to witness it but I could not inform my people. I was afraid they could harm her but I broke the silence after I consulted widely.”
According to Mr Ngole, his brother was earning a salary of more than Shs3 million monthly. His widow works at Entebbe Airport as a principal immigration officer.
The Rev Joel Agel Awio clarified that no amount of money can buy eternal life, adding that God cannot accept such a golden handshake.

“The price for eternal life is the blood of Jesus. If you want your sins to be forgiven, do it when you are still alive,” the Anglican priest counselled.
Mr Dila Maxwell, the officer in charge of Aromo Police Post, said the widow admitted to having placed the money and clothes the deceased loved in the coffin.
He said the money was worth about Shs20.7 million.
The widow could not be reached for a comment by press time while Mr Ngole, her brother in-law, did not pick up our repeated calls to his mobile phone.