“She was arrested by police officers at the scene because she was illegally filming military activities which the media had been restricted to capture on camera,” Mr Suwed said.

He said Ms Biira was safe in police hands alongside her relatives and would be released on bond in course of the day. However, Mr Suwed could not reveal which charges had been placed against the journalist.

“You should not be worried because she is safe at our Central Police Station. She is explaining why she was filming activities that had been restricted and she will be released in due course,” Mr Suwed said. 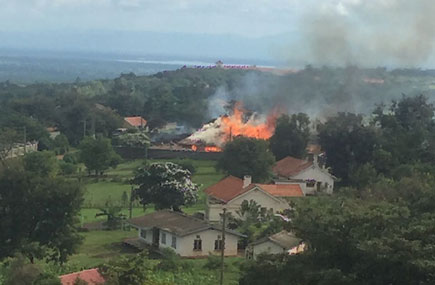 that have left 14 security personnel killed and more than 100 royal guards arrested. At least close to 200 people have been arrested including the Rwenzururu King- Mumbere. Ms Biira was in the area for her introduction ceremony ( traditional wedding) when she posted a video of the burning palace on her Instagram account.