Some Rwenzururu veterans who are said to 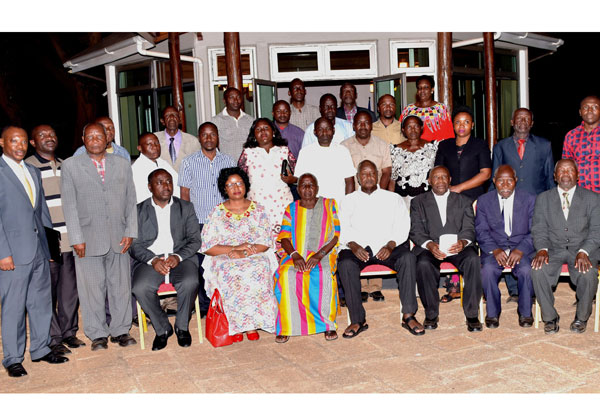 that they have been a force behind the establishment of the Yiira state and the conflicts in the Rwenzori region have been blocked from attending the meeting which officials from the kingdom had organized ahead of King Charles Wesley Mumbere's bail hearing tomorrow.
According to kingdom spokesperson, Mr Clarence Bwambale, today’s meeting is aimed at harmonizing their operations and fostering peace in Rwenzori region. He said the meeting is expected to come up with operational guidelines since the King is on remand.

Mumbere faces 41 counts including murder, attempted murder, aggravated robbery and treason among others. According to Mr Mumbahya, there have been uncoordinated activities, which have seen some kingdom subjects acting on behalf of the institution for their selfish interests.
Mr Bwambale said on the agenda included the issue of Rwenzururu veterans who reportedly confessed to president, Museveni in December last year that they played a leading role during the November clashes.
He said as kingdom officials, they want to establish the exact motive of the veterans.

Those invited for the meeting included Rwenzururu veterans led by Yolamu Mulima and Vincent Kapilongo, Obusinga minister, their deputies, clan leaders, chieftains, obusinga youth leaders and the Kingdom house of representatives. Yeremia Mutooro, the acting Rwenzururu premier is expected to chair the meeting at Kasese Multipurpose hall.
However, when the veterans turned up for the meeting, the Cabinet ministers and clan leaders reportedly threatened vowed to march out if the veterans who reportedly confessed to president Museveni were allowed to attend the meeting.
The orgnisers were left with no option but to block accused persons.
The meeting is still underway.