KAMPALA- Hardly two weeks after President Museveni assented to the controversial age limit Bill turning into law, the Uganda Law Society has petitioned the Constitutional Court seeking to annul it.

Core to the petition that was filed on Monday morning, the lawyers led by their president, Mr Francis Gimara, aver that the extension of the tenure of the 10th Parliament and that of the local government councils to seven years is unconstitutional since the politicians who would serve under such an arrangement would do so without the people's mandate.

"Some of the amendments took away the authority of the people who allowed a five-year term and by retrospectively applying the provision to the current Parliament and local government councils extended the term for two years without people's will, is unconstitutional," the court documents supporting their suit read in part.

The lawyers are also challenging the effect of the passing of the age limit Bill into law that they say will see the Electoral Commission organise two separate elections of the President and MPs and that this arrangement infects Article 105 (1) of the Constitution and is inconsistent with Articles 1, 8a and 260 (1) f of the Constitution

They also state that the process leading to enactment of the Constitutional (amendment) Act, 2018 was marred with violence, intimidation, abuse of fundamental human rights, general mayhem, security officers evading Parliament and assaulting MPs, which actions undermined the integrity and independence of Parliament.

The Attorney General has been listed as the only respondent who by press time, had not yet put in his defence. 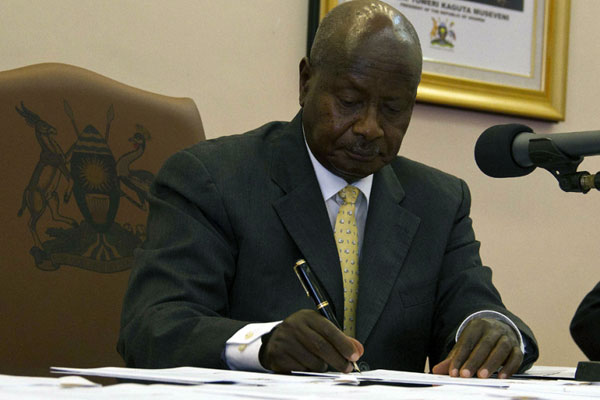