“When I woke up, I was surprised that I had not received any messages on my Whatsapp or messenger. I could not login to my Twitter account either. This was strange given the fact that I had just bought 10 GB of data two days ago. I was about to call my telecom service provider then I remembered it is July 1, 2018, the day when government said it would implement social media tax on orders of our President,” one Dan Mugeni wrote on his Facebook wall.

Mugeni is one of the 2.6 million active mobile Social Media users in Uganda who are bashing government over what they have described as ridiculous tax. He says he was only able to write the post after paying the Shs200 through mobile money.

Like Mugeni, several Mobile Money and Social Media users in Uganda are currently desperate after telecomm companies implemented taxes on mobile money and social media as mandated by the government.

The implementation was made effective at midnight, July 1, 2018.

The youthful MPs argued that since WhatsApp is accessed through already taxed airtime, another levy would be an infringement on the users’ rights

The new social media tax affects social media platforms such as Facebook, WhatsApp, LinkedIn, Instagram, Viber, and Skype among others.

In the Budget for the financial year 2018/2019, the government of Uganda announced that it would charge those using over the top services or sites that offer voice and messaging over the internet, Shs200 daily.

In his letter directing the Uganda Revenue Authority and Ministry of Finance to tax social media, President Museveni argued that most Ugandans using social are rumour mongers. He, however, promised to exempt those using it for educational purposes. But critics question how he will determine those using it for educational purposes.
The government also mandated the telecom companies to charge 1% tax of the transaction value of the services on the mobile money.

How to pay the social media tax

The joint statement further states that 1 percent tax would be charged from whoever deposits, receives, pays and withdrawals the money using mobile money.

“Normal transaction fees and charges apply on all services until further notice,” the statement reads in part.

How government will collect the new social media tax

A statement from three of the leading telecom companies in Uganda, MTN Uganda, Airtel, and Africell states how the new social media tax or tax on over the top services will be implemented

This therefore means that payments for bills of other services like electricity, Television, School fees and others will also be taxed.

The Uganda electricity provider, Umeme has since released a statement informing its customers that 1 percent tax would be charged from any client who pays the electricity bills using mobile money services.

They however, add that the tax does not affect those who pay their bills through banks and E-pay.

Daily Monitor has since conducted an opinion poll on its Twitter handle engaging our audience on how prepared they are to pay the social media tax.

A random survey on social media also indicates that several Ugandans who have not been able to pay the daily Shs200 have found VPN the ultimate solution to bypass paying the daily excise duty charge on Over-The-Top (OTT) services, and have taken to social media to bash government.

Almost 24.8m or 70.9 per cent of Ugandans own mobile phones, a report by the National Information Technology Authority Uganda (NITA-U), revealed.
The report dubbed the National IT Survey 2017/2018, sampled 2,700 people among government ministries, departments, agencies, local governments and households across the country in 2017. 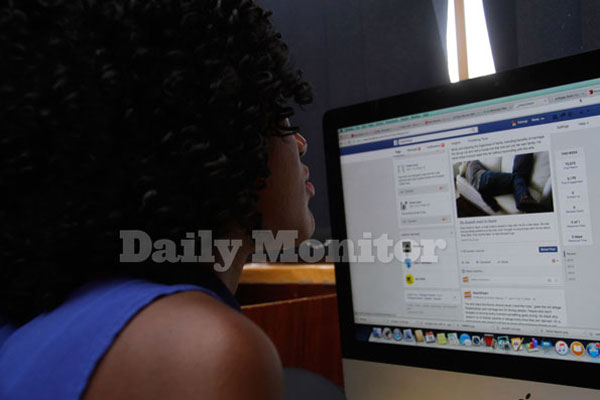 The Uganda Communications Commission (UCC) 2014 Access and Usage of Communication Services Across Uganda study showed 52.3 per cent of Ugandans owned mobile phones.
The 70.9 per cent figure by NITA-U shows progress since 2014, with the rural folk outpacing urban people in terms of growth.
With 15.8 per cent of the population owning smart phones, the young (15-24 years), are at the forefront of smart phone usage at 28 per cent, the NITA-U report says. Analysts say young people have a higher appetite because they appreciate and understand what a smart phone can do.
However, analysts say their appetite could be restrained by the new taxes since they account for the highest number of unemployed population in the country.

Below are some of the reactions from social media users in Uganda;