Advertisement
By Michael J Ssali
More by this Author

Right from 1986 when the National Resistance Movement (NRM) captured power in Uganda it has put a lot of emphasis on agriculture as the best solution to youth unemployment and poverty alleviation.

To prove that he is really serious about developing agriculture President Museveni has been photographed in the media doing irrigation demonstrations on his personal farm and pushing a bicycle carrying water for irrigation.  He has been all over the country visiting selected farmers and encouraging them, by giving them support in form of Friesian cows, trucks, tools, among other things.

Rural Farmers Scheme
The NRM government has consistently identified itself with farmers and in the late 80s it came up with the Rural Farmers Scheme, (RFS) a project that was meant to give credit to farmers in order to boost agricultural productivity and farmers’ livelihoods.  RFS funds were channelled through the defunct Uganda Commercial Bank (UCB). The farmers were never really trusted with cash and instead the credit was mostly granted in form of inputs. The bank gave RFS beneficiaries items asuch as beans, maize, wheelbarrows, spray pumps, among others.

How RFS failed
It would later give out the funds for weeding the crop and harvesting it. However it turned out that most of the farmers who took the inputs did plant the crops but failed to get the promised cash to pay for weeding and harvesting labour.
The bank tried to recover the money worth the physical inputs loaned out to the farmers but they pleaded that since RFS had failed to provide the cash for weeding, the crops had perished in the fields and they therefore had no money to pay to the bank.

Entandikwa
RFS then slowly died and was replaced with Entandikwa, which was money loaned to the farmers so that they could set up income generating activities such as poultry, beekeeping or crop production. The loaning criterion was, however, not so well understood and many farmers mistook the money for gifts given to them by the NRM for their political support and many never paid back.

At the back of their minds most of them figured that it was difficult for the government to take their plots of land (bibanja) and other property that they had rendered as collateral. Then this was followed by Naads, PMA (Plan For Modernisation of Agriculture), Bonna Bagaggawale (Prosperity for All), Operation Wealth Creation, Presidential Initiative on Wealth and Job Creation (Emyooga), and now the promised Parish Model programme in which some money is to be placed at the parish council for lending to farmers and other groups. 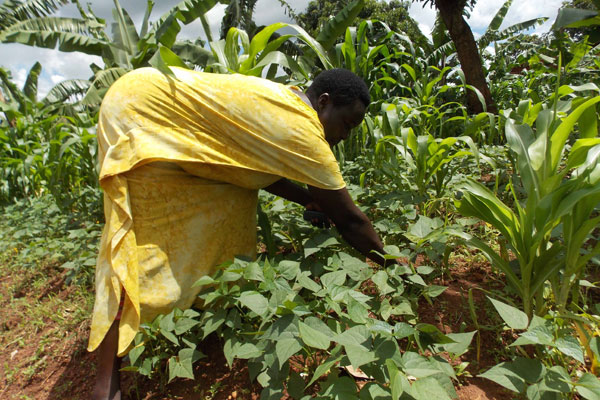 What went wrong?
However, generally all the different poverty alleviation programmes so far presented by the NRM government have not yielded satisfactory results and poverty continues to bite.

Mr Joseph Kalungi, formerly Masaka District chairman and well known NRM member, says, “All those programmes that you have listed are good and the government actually had the right intentions and the objectives were all very good.”
He blamed their collapse on the apparent failure by the government to sensitise the recipients about how to invest the loans in gainful economic activities.

“In most cases the recipients think the money is given to them as rewards for their support for the NRM and they do not feel the obligation to pay. Moreover in their view it is the government that came up with the idea to lend and it is not that they really needed to borrow. It is not demand driven. Some of them are just selfish and never think about others. For example some farmers receive cows and they are told to pass on the calf to another farmer as a form of payment but they don’t want to do so,” says Kalungi.

Kalungi discloses that although the programmes are initiated by politicians intent on improving the lives of the citizens, the implementers are, in most cases, the technical staff such as agricultural services extension officers and the chief administrative officers (CAO) who lack the zeal of the politicians in ensuring that the programmes succeed and that the people benefit.  “For example we have seen cases when seeds delay to reach the farmers and they are delivered at the end of the rain season.”

Biotechnology
Other observers, however, attribute Uganda’s slow pace in agricultural development to the NRM’s phobia for adopting science and technology in agriculture. Writing in the Daily Monitor on October 9, 2015, Dr Wilberforce Tushemeirwe of Naro said: “Our crops are facing extinction and there are no known ways of effectively dealing with the new pests and diseases other than the use of biotechnology.” Food crops such as cassava, bananas, sweet potatoes, are facing extinction due to incurable crop diseases. Cotton which is a cash crop has proven difficult to grow here in Uganda because of the cotton bollworm pest infestation. Maize is under attack by the fall army worm.

According to Uganda Biotechnology Information Centre (UBIC), 80 per cent of Ugandan farmers grow maize and the crop generates an estimated $51m (Shs180b) annually to the country. It is also an important food crop for both humans and livestock.

However, its production is greatly hampered by stem borer and the fall army worm as well as recurrent droughts, particularly in these times of climate change which reduce yields by 40 per cent.

GMO research has led to preparation of maize that can withstand, drought, stem borer, and fall armyworm. Irish potato farmers have to spend a lot of money to spray the crop with pesticides in order to overcome potato blight. This reduces profits and carries a health risk to consumers. Our researchers in Naro have come up with GM potatoes that resist the potato blight.

The NRM government has built state of the art GMO research laboratories across the country besides spending heavily on GMO research and training of manpower in biotechnology.

Naro to which Dr Tushemereirwe belongs is mandated to carry out agricultural research in order to find solutions to our country’s farming challenges. It has warned that one of the best ways to overcome the pests and diseases challenges is to adopt biotechnology. Yet the same NRM government is not ready to approve the adoption of GMO technology in its farming systems so as to save its cash and food crops by coming up with the regulatory law to govern the application of the technology in the country’s economic development.

Its universities and other institutions of higher learning are teaching biotechnology yet the country is not so keen on setting up the Biotechnology and Bio-safety Law. So the farmers cannot grow the GM crops yet. Why then do our researchers spend time on research and why pay their salaries and take them for further training?