Eleven-year-old Hakim Kisaabwa, whose stage name is B-Boy Power, is one of the best performers in dancing.

When the International Olympic Committee announced that breakdancing or breaking/ b-boying, as it is often called, will be included in the list of events at the Paris 2024 Games, Kisaabwa was excited.

“I am now going to do everything I can to represent my country,” Kisaabwa said in an interview during an exhibition at City High School in March.

Kisaabwa, just like most Ugandan dance athletes, have had limited international exposure as the sport just made its entry in Uganda in 2018.

Her exposure in sports through the Uganda Olympic Committee and the Uganda Hockey Federation, landed her an invitation to South Africa in 2017 where she found an opportunity to introduce a new sport in the country.

It arose from knowing that some traditional schools in Uganda take part in international DanceSport meets.
Recently, the administrators led by general secretary Barnabas Ssebuyungo and Reagan Egulwa have embarked on awareness campaigns and organised dance groups in several areas into associations.

“We mobilise dance crews, most of whom have been recreational, and create a WhatsApp group that helps us keep communication channels open,” Egulwa says.
The main approach is to use the schools set-up to launch themselves into communities.

“DanceSport activities are cheap to operate in a school setting as the only requirements are a movable music source and at least four athletes and a trainer,” Egulwa says.

He said with a combination of music and dance, many schoolgoing children can be attracted to join.
After organising the clubs, competitions are expected to start in August, first with schools before club events. 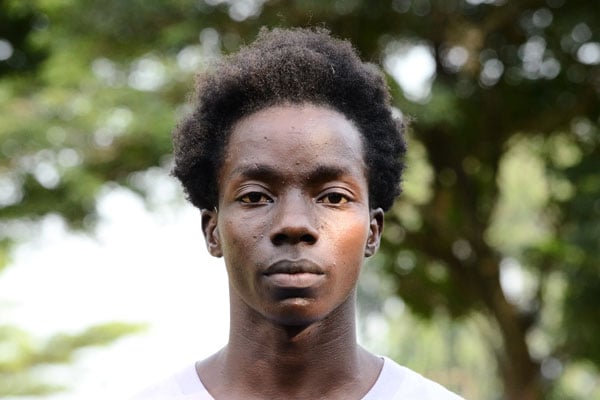 Kasozi, who has participated in dance festivals beyond the borders.

With DanceSport becoming an Olympic sport starting Paris 2024 replacing karate and baseball, it will be upon Uganda DanceSport Federation to oversee the search for the best break-dancers to represent the country at Paris 2024 Games.

Breakdancing featured in the Youth Olympic Games in Buenos Aires, Argentina, in 2018 and, as part of the IOC’s push to modernise and make the Games more urban, was given the green light for inclusion in 2024 Games.

“The Olympics is a big platform for us to showcase what we can do with our talent pool and get more people involved,” Ssebuyungo said.

He says the governing body for the sport is working towards organising various workshops and later selection events while developing human resources including judges and coaches to train athletes in their build-up to Paris 2024.

“We may not be able to qualify athletes for 2024 but we must be ready to promote and create dancers. We are looking at talent that can be groomed leading up to the DanceSport majors,” he said.
Is dancing a sport?

The breakdancers, known as B-Boys and B-Girls, are facing criticism from some sport disciplines, even globally.
While acknowledging those who have trouble in accepting breaking as a sport, Ssebuyungo says it is a combination of both sport and art with an athletic dimension.

“Many people don’t realise that our training is pretty much on par with other gold sports,” he said.
B-boy Happy Joseph Kasozi, who is the chairman of Kawempe Pista DanceSport Club, started dancing in 2009 while in Primary Seven.

“At first, it was just for recreation purposes but now I look at it as a possible way to represent the country at major events. I am hopeful that the Olympic Games will elevate our status,” says Kasozi, who has participated in the Ubumuntu Arts Festival in Rwanda.

Kasozi, who trains daily, says there are limited opportunities for dancers with most of them expected to feature in music videos.

“It is very demanding and requires discipline of an athlete yet the rewards are limited,” he adds.
DanceSport is a main activity on a number of international events, including the World Urban Games and the World Hip Hop Dance Championship.

The anti-doping activities required of DanceSport federations include conducting testing at competitions and out-of-competition, providing educational programmes for athletes and officials, and sanctioning those who commit anti-doping rule violations.

With 32 Breakers expected to compete at the Paris Games, qualifying may be a big hurdle for Uganda. Participating B-Boys and B-Girls will be judged on six criteria: technique, variety, performativity, musicality, creativity and personality.

“That’s why we need to teach the dancers rules of the sport to prepare them for competitions,” Ssebuyungo says.
As it is, you can dance your way to the world.

Uganda DanceSport Federation has been organising dance clubs in several areas and plans to rollout competitions from August.

The gangs comprise young men in their prime, who move in dozens to snatch valuables from women, especially handbags, laptops and mobile phones

EAC to get $65m for health, digital projects