On November 3, a policeman was captured on video and still cameras using a metallic tool to hammer and smashed car windows of presidential candidate Robert Kyagulanyi, alias Bobi Wine,  outside the Electoral Commission nomination centre at Kyambogo University.
Daily Monitor has carried out investigations and identified the police officer as Assistant Superintendent of Police (ASP) Andrew Agume.

Mr Agume commanded and participated in the crashing of Bobi Wine’s car, pepper-sprayed the presidential candidate before dragging him out and throwing him into a police van. The van whisked Bobi Wine to his home in Magere, Wakiso District, as a suspect.

Daily Monitor investigations show that this is not the first time Mr Agume has done this.
He has been involved or has participated in similar violent attacks against opposition leaders in the past in his operational area of Kasangati,  Wakiso.
Some of the previous victims of his brutality include former leader and presidential candidate of Forum for Democratic Change (FDC), Dr Kizza Besigye.

Agume’s operations
Sources in police operations told Daily Monitor that in 2016, he was given an extra duty of monitoring activities and movements of Dr Besigye.
Mr Agume has often tormented Dr Besigye at his home in Kasangati and has a reputation of meting out similar violence against other Opposition leaders.

Sources said with the emergence of Bobi Wine as a new Opposition threat and  Dr Besigye pulling out of the 2021 presidential election, the attention has  shifted.
Mr Agume was tasked to monitor operations of Bobi Wine and his People Power pressure group which later metamorphosed into National Unity Platform (NUP) party.

Officers who monitored Bobi Wine
Our investigations also revealed that some senior police and military officers were selected by the army’s 1st Division at Kakiri to monitor Bobi Wine’s activities and movements on the nomination day. The 1st Division is commanded by Maj Gen Samuel Kawagga.

Other members on the surveillance squad included Mr Agume, Mr Ivan Nduhura (the officer-in-charge of Operations at Kampala Central Police Station, and Division Police Commander of Central Police Station  Ronald Wotwali.
“We were given instructions not to allow Bobi Wine and his supporters to make processions within and outside Kampala, and directed to take him home immediately after his nomination,”  the source said.

The source added that the team leader, Mr Namuwoza was given surveillance cameras to monitor Bobi Wine and get clear footages.
“The spy cameras were used to feed signals to other officers who were on the ground,”  the source added.
As Bobi Wine prepared to go for nomination at Kyambogo University sports grounds on Tuesday, his fate had already been sealed.

On arrival, the pop-star, now turned politician, was ushered in with humming sounds of Jamaican Reggae Icon Robert Nesta Marley, aka Bob Marley (One Love).
After nomination, however, the melodic sounds were replaced by the menacing teargas explosions, live bullets, and broken car glasses, a few metres away from the nomination venue as he headed out to launch his election manifesto.
At the university gate, police barricaded the road and charged at Bobi Wine.

They ordered him and other occupants in his car to voluntarily get out or be forced.
Bobi Wine refused to open the car. A verbal exchange ensued between his bodyguards and police for about 15 minutes. Then mayhem reigned. 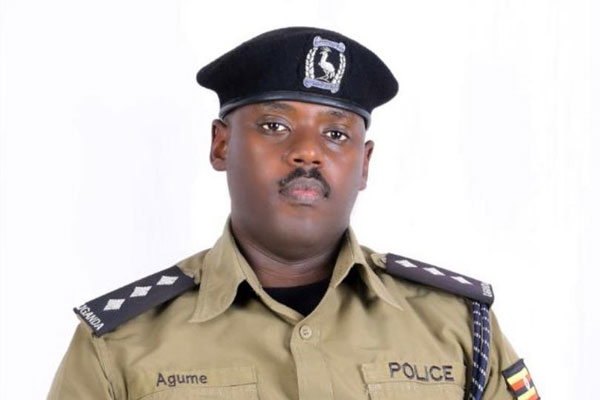 Police later drove him in their van to his house in Magere in Wakiso District. He had insisted on going to his party headquarters in Kamwokya, Kampala, to launch his manifesto.
A new scuffle erupted at the gate of Bobi Wine’s home as supporters and police disagreed on whether to take the presidential candidate into his house or remain at the entrance.

Angry supporters punctured tyres of the police car and unscrewed the rim nuts. Police fired teargas and bullets into Bobi Wine’s home, injuring three supporters. Bobi Wine later announced that he had rejected the police guards provided to him by the Electoral Commission.
He said the guards had joined his tormentors instead of protecting him during the violence at Kyambogo.
Asked what action would be taken against the errant officers, Mr Fred Enanga, the police spokesperson, told Daily Monitor that no officer would be punished because Bobi Wine did not comply with the Ministry of Health guidelines on prevention of Covid-19.

“None of our police officers will be arrested because we acted to restrain Mr Kyagulanyi from his plans of holding a massive campaign in Kamwokya, which had been arranged without observing the guidelines as issued by EC. We had received intelligence information that he wanted to hold a procession, so we had counter this, just as we had also done to FDC candidate Amuriat,”  Mr Enanga said.
He did not elaborate on the said intelligence reports, and the claims remain unverified.

Mr Enanga was also asked why there had not been any arrests on Monday when President Museveni was nominated despite the supporting procession on Jinja Road and in Munyonyo.
“You have to report these things without bias on one side, Mr Kyagulanyi has already accused the EC of securing President Museveni’s victory even before the election takes place. Why wouldn’t you question him on that? Do you expect us to leave him to go about breaking the law after making such utterances?

“On Monday, there were people on the road, yes, but when the Metropolitan police asked them to leave, they did easily. They were compliant. Give me a picture or video where President Museveni came out of his car to wave to them. That shows that group complied,” he said.

Our investigations revealed that Mr Agume hails from Kiruhura District in a family of seven siblings.  Two of his brothers are police officers and another serves in Uganda People’s Defence Forces while his two sisters are civil servants in different government agencies.

Mr Agume joined Makerere University Business School Nakawa and graduated with a degree in Business Administration in 2012. He joined police in 2014, trained at Kabalye Police Training School and was passed out in 2015 as a cadet Assistant Superintendent of Police.
He is the officer in charge of operations at Kasangati Police Station, which was his first deployment station upon coming out of training in 2015.