GULU-The Leader of Opposition in Parliament, Ms Betty Aol Ochan has faulted Mr Mike Chibita, the Director of Public Prosecutions (DPP), Mike Chibita for sanctioning treason charges against several members of Parliament and their supporters because “there was insufficient evidence to pin them.”

Ms Aol told journalist after visiting the politicians and their co-accused in  Gulu Central Prison that Mr Chibita rushed to sanction the charges before getting well-investigated reports.

“The DPP did not do a good job. He lost his professionalism. Even in the Constitution, truth is emphasised. Where is the truth in this case? Why can’t we do our work with truth, those arrested were not even at the alleged scene of chaos but in their hotel rooms,”  Ms Aol said.

The Gulu Chief Magistrate Court on Thursday charged Mr Kassiano Wadri, the Arua Municipality Member of Parliament-elect and 31 others with treason contrary to section 23 before remanding them to Gulu Central Prison.

They are expected to reappear on August 30 for the mention of their case.

Ms Aol also called on the speaker of Parliament, Ms Rebecca Kadaga to intervene and follow the matter closely to ensure the release of the politicians.

A journalist who got access to the prison facility together with Ms Aol, but refused to be named for security reasons, said the jailed politicians have TV sets in their rooms and are allowed to make telephone calls.

“I saw them dressed in yellow attires, the legislators told me they are being treated well and have TVs in their rooms. They said they have been watching news bulletins but the government has been giving false information on what led to their arrest,” the journalist said.

Meanwhile, the Gulu High Court Judge Justice Stephen Mubiru is set to make a ruling this afternoon on whether the Gulu Chief Magistrate, Mr  Paul Dawa Matenga should handle the case from Gulu instead of referring it to the High Court in  Arua.

On Friday, Mr Matenga wrote to Justice Mubiru seeking guidance and directives on whether he should  handle the case which falls under the territorial jurisdiction of Arua.

“I have examined the particulars and find the same matter falls under the territorial jurisdiction of Arua Chief Magistrates Court and Arua High Court. The registration of the same and mention in Gulu in my opinion, is an error,” the August 17 letter copied to the Resident State Attorney and the lawyers of the accused persons, reads in part.

Mr Dalton Opwonya, who leads a team of lawyers representing the accused people, today filed their  bail application at the Chief Magistrates Court in Gulu. 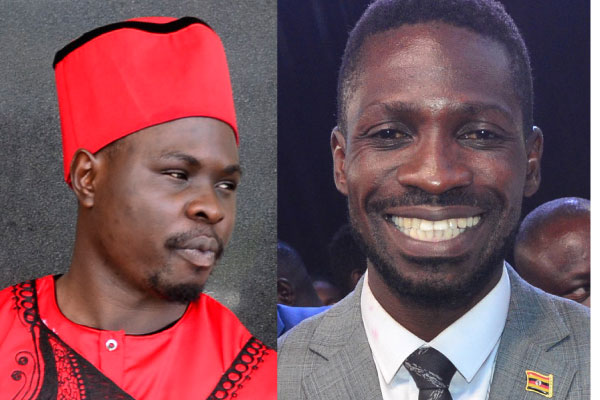