The Speaker of Parliament, Rebecca Kadaga has directed the Uganda Peoples Defence Forces (UPDF) Fisheries protection unit to halt its operations on all water bodies in the country for alleged mistreatment of fishing communities.
"Relating to the conducting of UPDF against the citizens of Uganda, this House directs that the operations of the Fisheries Protection Unit be halted with immediate effect..." Ms Kadaga said on Thursday.
Ms Kadaga’s directive stemmed from a heated debate in Parliament on the conduct of the UPDF Fisheries Protection unit on Thursday.

Legislators noted that officers attached to the UPDF Fisheries Protection Unit have on several occasions been implicated for harassing, torturing and intimidating fishing communities.
MPs dismissed a statement by the Defense State Minister; Charles Okello Engola that was meant to offer a comprehensive response in regards to the human rights violation, saying it didn’t offer any accountability and solution.
Mr Engola had told the House that he needed time to review the cases involving UPDF officers and report back after recess.

One dead, 10 injured in UPDF operation against illegal fishing 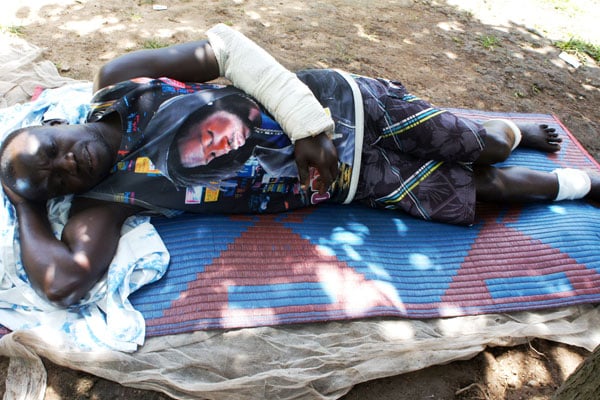 He however, noted that UPDF doesn’t condone indiscipline and brutality. The Buvuma Islands MP, Egunyu Nantume Janepher suggested that the operations of the UPDF Fisheries Protection Unit be suspended with immediate effect until Government assures Parliament on the safety of the people on the lake.
Anthony Akol, the Kilak North MP asked Parliament to exercise its mandate without considering the powers of the other arms of Government. He said what is happening on lakes is impunity, arguing that Parliament needs to be seen to do its job.

Felix Okot Ogong, the Dokolo South MP asked Parliament to play its part and leave the rest for the implementers. He remained the house that the constitution empowers Parliament to make laws, which makes important for parliament to express its dismay. He also called for an amendment to the fisheries act to bar UPDF from illegal operations.
“UPDF is barred from illegally engaging in the act of fisheries. We demand it to be clearly stated. The law is there but there is a gap which we must seal so that they don’t use it for the President to appoint and they just go and do as they please without control of the law. Let us pronounce ourselves, let the higher authority know that this Parliament is not happy and we want to protect our people,” Mr Ogong said.

In 2017, President Museveni directed UPDF to deploy on Ugandan lakes to combat illegal fishing practices so as to protect the fish resource that was under threat of depletion.
UPDF set up a Fisheries Protections Unit to combat illegal fishing operations on various lakes including Victoria, Edward, George and Kyoga. The unit also operates on fish trade routes and markets to stop the sale of immature fish.