My name is Charles Wasswa Kirumira, a business development manager with ASAP Medcare, a company that helps patients from East Africa to get medical treatment in Uganda and abroad.

It was June 5th, 2020 when I had travelled with patients for medical treatment in Israel that Sheba Hospital and Ichilov Hospital emergency teams came to our hotel and surrounded off a whole floor suspected to have been in contact with a Covid19 patient.

All our samples were collected. It took me 48 hours to get my results and it was a very scary moment. The PCR results showed that eight out of 15 including me were positive. The stigma around Covid19 was so bad. So I thought I was going to be isolated because I was a foreigner and that they would only care for natives.

We were taken to a designated hotel for Covid19 patients (Harrington Hotel) in Ashkelon.

Because I was a foreigner and on a business trip with a strict budget, I was very worried about all sorts of medical bills I might have to incur and the fact that I would probably stay longer than planned. I was assigned an online nurse who would check on me in an interval of six hours. She sent me a thermometer to take daily temperature readings and an oximeter to measure oxygen saturation. We were given a very good balanced diet three times a day with food such as salads, eggs, yoghurt, beef, chicken, rice and peas (called kumus in in Hebrew). We were also encouraged to exercise in the morning and rest enough for approximately eight hours, as well as limit our social media usage in order to avoid negative news hence building good mental strength. 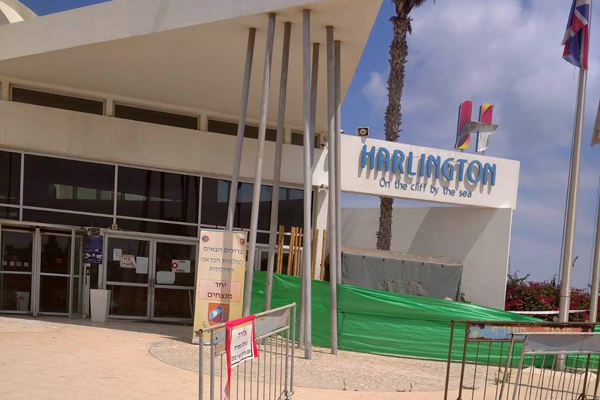 Besides the headache, loss of taste and fatigue, I was better off compared to my neighbours who started developing serious signs of cough, diarrhoea and serious difficulty in breathing.

I spent 24 days in isolation. At that time, these were the Israel guidelines. They would do multiple painful tests, every 48 hours to ensure you had consistent negative results before being discharged. They also gave us all Ivermectin, an anti-parasitic drug. They were trying all avenues to clear the virus from our bodies.

During this time two people didn’t make it out of isolation as they succumbed to the disease.

I told my wife and mother about my condition. They were very scared especially because of the negative news and rumours about blacks and Covid19. Many people were however supportive. My employer still paid me for that month of June and I didn't pay any medical bill - the government of Israel paid for every cost of mine including medical bills, accommodation and food during my stay in isolation. My fellow workers sent me some money. Even a patient I had travelled with appreciated me with some money. All the patients I travelled with had successful surgeries thanks to our partners in Israel Sheba Hospital. After all was done, we travelled back to Uganda in October.

My advice to everyone is to abide by the rules of Ministry of Health as Covid19 is real and very serious. It can mess up with your lungs slowly and you can find that before you get the symptoms, your lungs are in bad shape and you get difficulty in breathing.

I have witnessed a number of people dying due to Covid. I work with hospitals so I know. Our partners Sheba Hospital and Ichilov Hospital handled the biggest number of Covid19 patients. Israel lost more than 6,000 people to the disease. They have had over 830,000 cases of people being infected. So the best way to survive is to mask-up, get vaccinated and social distance.

Boost your immune with homemade concoctions that the ministry recommends.

Israel now has put an end to the campaign of putting on masks both indoors and outdoors and their economy is fully back to normal. One thing I realised about the Israelites is that they respect government rules and they worked together to fight Covid19. You would notice that besides putting on masks, everyone was putting on gloves when in the bus and no air conditioning was allowed either. They would all shout at anyone who put their mask on the chin, instead of in the correct position.

My biggest lessons from all this is to always listen carefully to what experts say. If only Ugandans had listened earlier, we would be in this situation. Israelites listened and worked together and now things are back to normal.

The other lesson would be for our government to learn from such countries. Israel has a very strong medical emergency network and a strong pandemic control system ranging from high technology to research; I believe if it weren't for their high old population, they would not have lost such numbers.

The author, Charles Wasswa Kirumira, is a business development manager with ASAP Medcare

*Do you have a Covid-19 story to share? Send your story to online@ug.nationmedia.com